Dedicated to the Women present and past that inspire greatness and contribution to the good of humanity. Send your suggestion for  SHE RISE SHE ROSE to our comment page on Facebook/sisters extraordinaire.

Leah Chase –  Chef of Dookie Chase, seen with President Obama at restaurant Dookie Chase. She had to ‘slap’ Obama for putting hot sauce in her gumbo.  “I’m not a leader, but I’m a good follower and I can help uplift a good leader.  The truth is, not everybody can be a good leader.  But if your job is to help that leader you’ll go up with her and you’ll go up wit him.  You treat people right and you try to make a difference, and when you work together everyone will benefit.”

Harriet Tubman – ” “Every great dream begins with a dreamer. Always remember, you have within you the strength, the patience and the passion to reach for the stars to change the world.”

First black candidate for a major party’s nomination for President of the United States, and the first woman to run for the Democratic Party’s presidential nomination 1972.  First black woman elected to the United States Congress, and she represented New York’s 12th Congressional District for seven terms 1969 to 1983 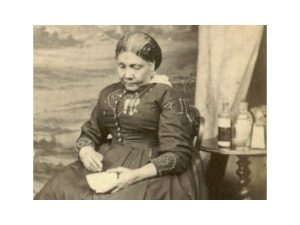 “…and the grateful words and smile which rewarded me for binding up a wound or giving a cooling drink was a pleasure worth risking life for at any time.”

Best known for the Color Purple, teacher, feminists and author of more than thirty-five books that have been translated into more than two dozen languages around the world, and sold more than fifteen million copies.   The color purple was published in 1982  and 1983 she

won the Pulitzer Prize in fiction and the National Book Award.

And the first to receive those awards and recognitions.

Taking the Arrow Out of the Heart, (2018) is her first bilingual work, presented in both Spanish and English.    This recent book is a collection of 70 poems, she began writing in 2015, during a period that was filled with great personal sadness and feelings of loss and despair” in the world.  This collection of work memorialize the lives of people past and present; from activists and persons in the artistic community who’ve given their voices to fight on behalf of those most vulnerable.

Through the controversies, but Queen Alice survived.  She will be known for her many outstanding literary contributions and whose name is stamped in history along with the great literary  legends. QUEEN ALICE is an extraordinary being and we celebrate Queen Alice Walker.

Investigative journalist, educator, and an early leader in the Civil Rights Movement who traveled the world and fought against lynching; Ms. Wells was one of the founders of the National Association for the Advancement of Colored People.  Although often ridiculed and ostracized by women’s suffrage organizations in the United States, she remained active the women’s rights movement.